Writing this post is proving to be a little more difficult than I expected.

I am so excited to share these pictures of my absolutely gorgeous sister. And to show the dress that has been like my baby for the past several months. It’s just difficult to find the words that describe the experience of everything I want to say without being too mushy and too descriptive. Essentially I am trying to not overwhelm you and myself.

This is my sister Lacey. She is my only sister and my older sister. She is incredible. And freakin’ gorgeous! 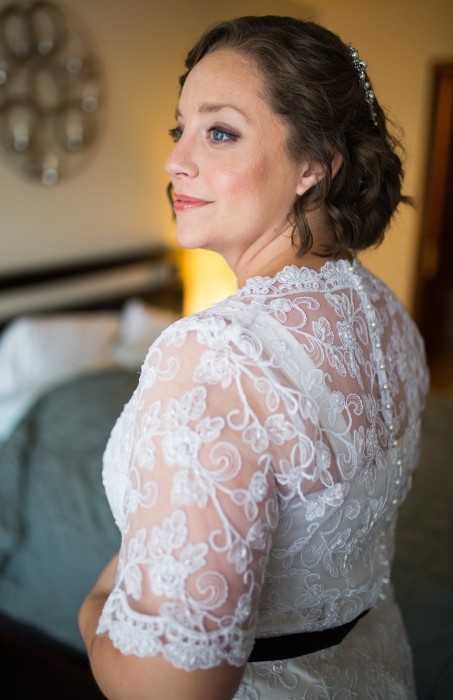 I am Erin. Her only sister and baby sister. A little spastic and entrusted with the task of making her a dress for one of the biggest moments in her life that would make her feel confident and beautiful. (I couldn’t resist adding this picture again.) 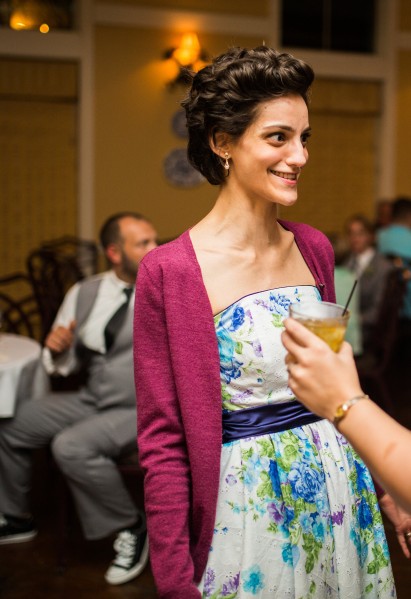 For years I have had a concept in mind of what her wedding dress should look like. Something understated and soft. A wrap front, semi-drapery bodice. Sleeves. A flowy skirt—-> absolutely no poof. Lacey is the antithesis of a poof skirt. You should have seen her face when I told her there would need to be a little bit of tulle for the dress foundation!

When Lacey started showing me dresses she liked, she had pretty much pulled everything I thought she should have. Expect her original idea was that she wanted boatneck. I ended up talking her out of this idea. Open up that neckline!

This is the dress that was created specifically for my sister. Simple, but with Lacey detailing. That’s what I am most proud about with this dress. It looks like Lacey.

It was important to me to include fun aspects in the dress that would be just for Lacey. I got the idea early on to add blue tulle to her dress. I thought it would be a fun way to include “something blue” on her actual dress. I needed to include tulle no matter what, so I thought “why not make it light blue? no one will know it’s there except her.”

Originally, I wanted to surprise her with the “something blue” tulle, but realized that wouldn’t work as it was one of the first things that got put on the dress. So I kind of surprised her with it at one of her early fittings. She was more excited about the idea than I had anticipated, whoo!

The pictures below are from some of Lacey’s final fittings. The first is with my mom. It had been a long night of going over final wedding details, trying on both her and Lacey’s dresses for final adjustments, and I wanted a picture of the two of them to commemorate the evening. Mom had been designated as my pin holder for the night and I might add she did a fantastic job! Thanks, mom 🙂

The second picture is of Lacey’s final fitting. Her best friend was in town to witness the moment. She just so happens to be an incredibly gifted photographer and took these photos. I am spewing pure nonsense to Lacey in this picture to make it look natural. Good times. I believe Mikel’s (Lacey’s best friend) words to me for the picture with me holding the tulle were “I don’t need your bullshit for this one.” Ha!

As the dress progressed, so did some of the design ideas. To define her waist and play up the vintage feel of the dress we decided to add a navy velvet ribbon around the waist with a broach on top. So it ended up that there was going to be “something blue” on the dress with or without the blue tulle. Funny how life works out that way.

On the actual wedding day I was the one that had the honor of helping Lacey into her dress. It was a really emotional moment. We turned into piles of mush and really couldn’t get actual words out. The photographer was able to capture the moment and it is one of my all time favorite pictures of us. It will be going in a frame.

To sum up this wedding, everything just worked out. That’s affirmation of things being right in life, things just working out how they are meant to. Now I will leave you to enjoy the rest of the pictures. 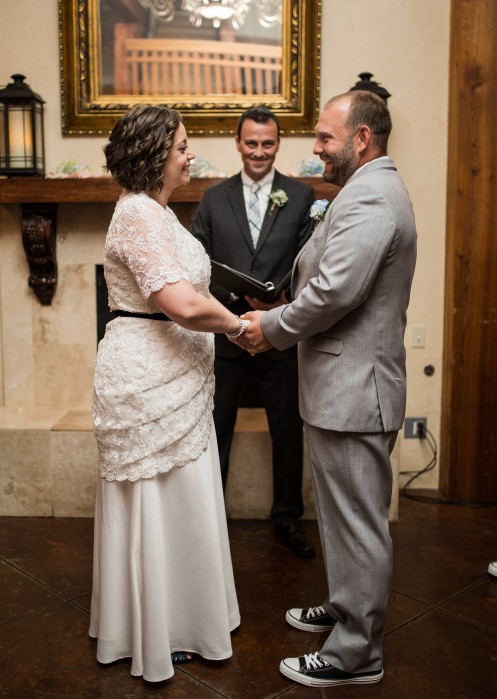 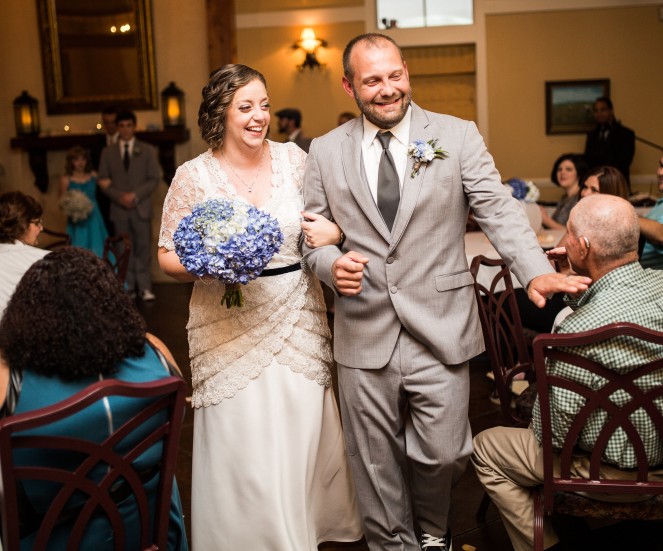 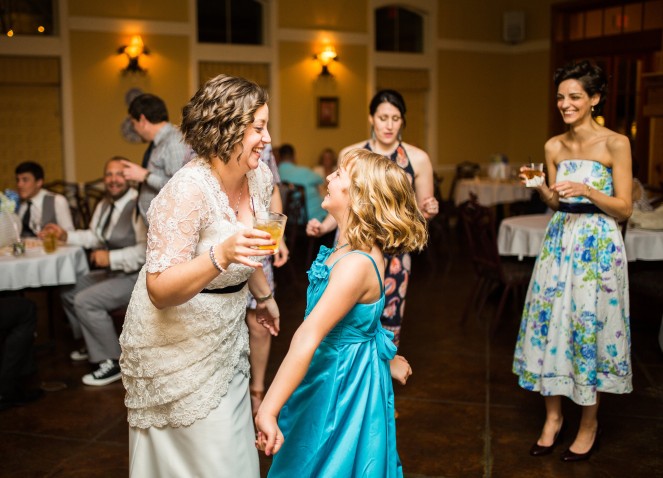 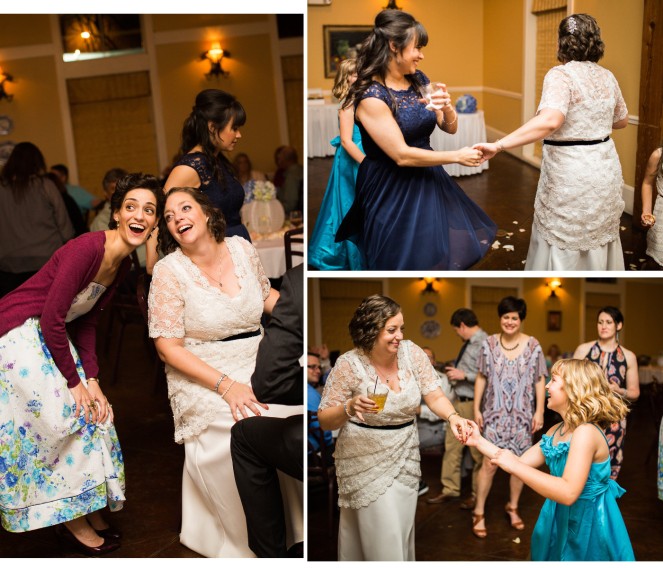 Congrats to my sister in this new phase of your life. Thank you for letting me participate in such a big way to your big day.

And I final thank you to Megan B photography. Your pictures are beautiful and captured the magic and energy of the night, thank you.